Just suppose your Brilliant Pal said: “Will you join my band [The Spiders from Mars] and come on a tour? And would you mind awfully if we travelled [first class] by sea to New York, and then sailed from Los Angeles to San Francisco, Canada, Hawaii and on to Japan? And then, from Japan to Siberia, through Russia [Trans-Siberian Express] to Moscow [for May Day Parade], Poland, East and West Germany, just in time for tea at the George V Hotel in Paris? Followed by a relaxing holiday in Rome, just to chill out?

And then, just suppose, when you thought all the fun had finished, your Brilliant Pal said: “Would you mind being a dog [Diamond], and coming back to New York on an even better ship, eating caviar every day and joining another band, then another band, helping out on a few albums [six], and generally hanging out and having the time of your life for a couple more years?

Supposing all that happened…Wouldn’t it be fantastic to have kept a photo or two?

It all resembles the plot of a yet-to-be written musical.

Avid mod and aspiring singer Geoff MacCormack – who moved in the same circles as modernist ‘faces’ like Marc Bolan and Mickey Finn – was selling advertising space for a London construction newspaper when an old school pal ‘phoned him and urged him to work with him. The date was January 1973, the caller was David Bowie, and the job entailed joining his band, as singer, percussionist and dancer. He said “yes”.

Within weeks, MacCormack was sailing to New York with the flight-phobic Bowie. He remembered to pack his camera, so “the party that lasted for three years” was recorded in endearingly intimate “holiday snaps”. While always one to adopt a pose, the feeling here is of an unguarded Bowie – almost as though these are shots from a family photo album. The sense of two mates – one of whom just happened to have become a rock star – having riotous good times is palpable. So much so, that a seasoned music journalist became tearful on seeing these photos.

Fortunately, MacCormack knows a Decisive Moment when he clocks one, and has a natural eye for composition; that’s why these images withstand repeated viewing. Genesis Publications certainly agreed: they published MacCormack’s well-received photographic travelogue in May 2007. An impressed Bowie provided an archly playful foreword. 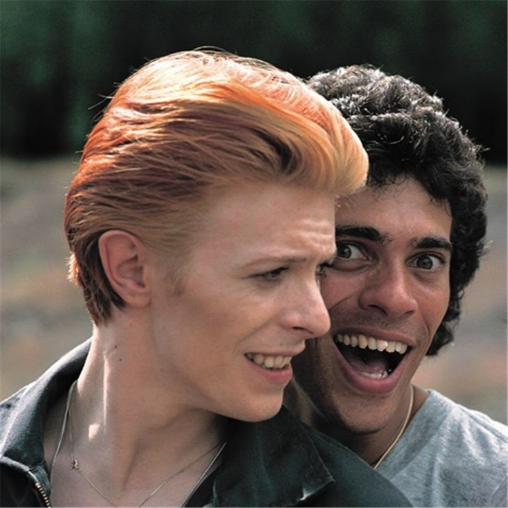 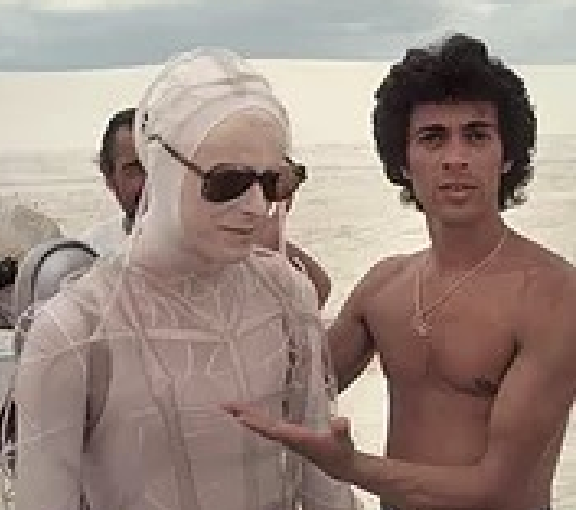 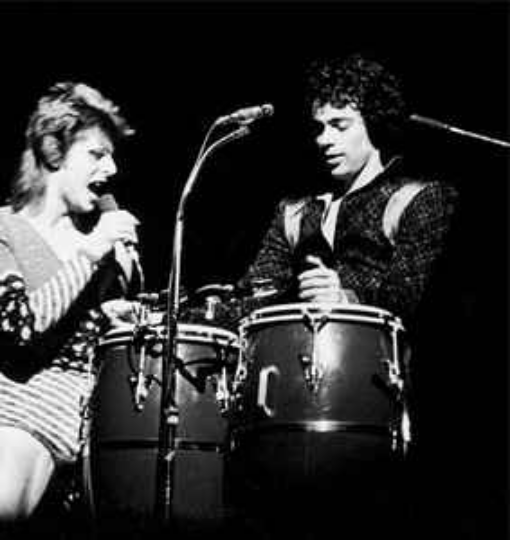 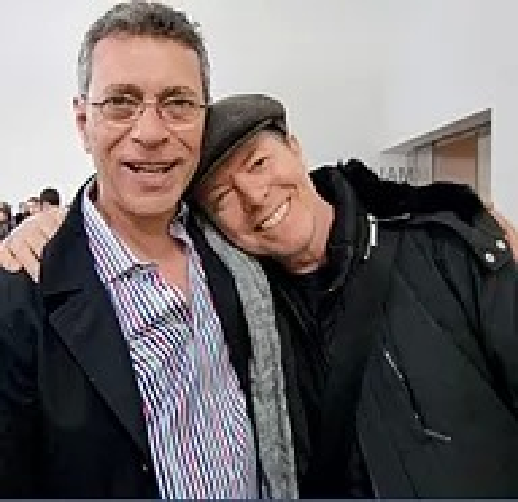