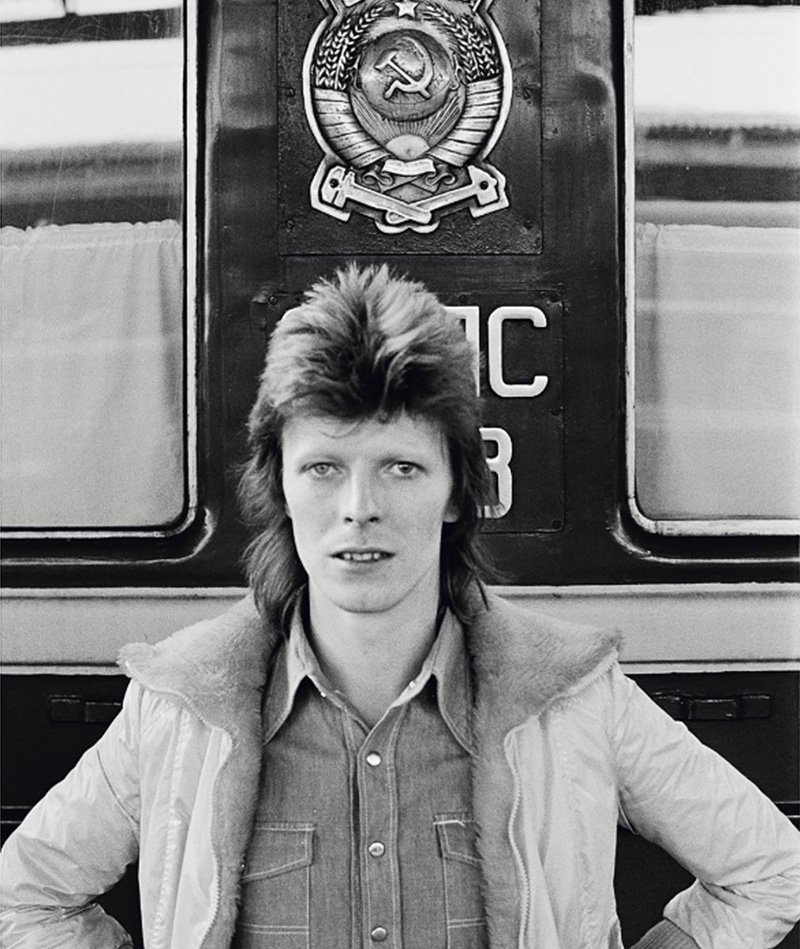 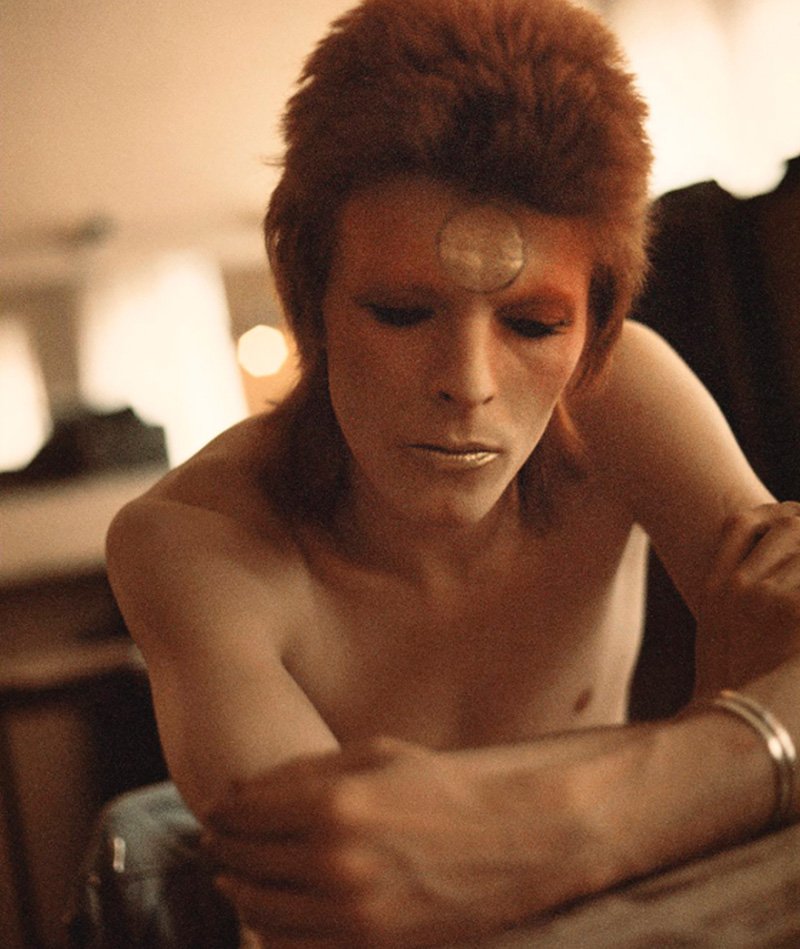 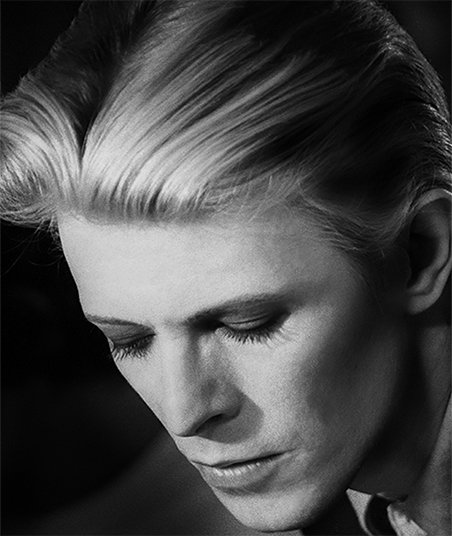 Just suppose your Brilliant Pal said: “Will you join my band [The Spiders from Mars] and come on a tour? And would you mind awfully if we travelled [first class] by sea to New York, and then sailed from Los Angeles to San Francisco, Canada, Hawaii and on to Japan? And then, from Japan to Siberia, through Russia [Trans-Siberian Express] to Moscow [for May Day Parade], Poland, East and West Germany, just in time for tea at the George V Hotel in Paris? Followed by a relaxing holiday in Rome, just to chill out?

And then, just suppose, when you thought all the fun had finished, your Brilliant Pal said: “Would you mind being a dog [Diamond], and coming back to New York on an even better ship, eating caviar every day and joining another band, then another band, helping out on a few albums [six], and generally hanging out and having the time of your life for a couple more years?

Supposing all that happened…Wouldn’t it be fantastic to have kept a photo or two?

David Bowie: In Front of the Trans Siberian Express